Why Laughing is Good for your Health 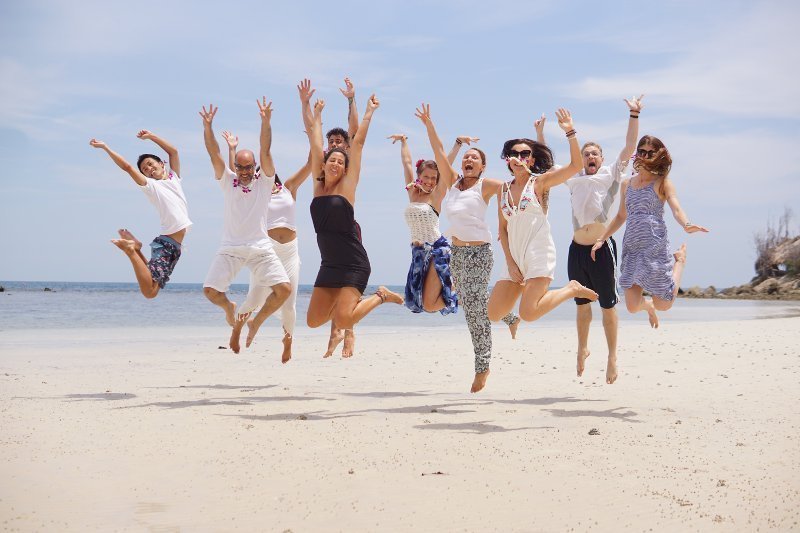 We’ve all heard the proverb that laughter is the best medicine, and more people are beginning to realize that this may actually be true! Something called laughter yoga is quickly becoming a worldwide phenomenon.

What is laughter yoga?

In 1995, a family physician in Mumbai, India, Dr. Madan Kataria, wrote an article titled “Laughter – the best medicine”. Impressed by the findings of his research, Dr. Kataria decided to start a “laughter club” in his local community. Over time, and with the input of his wife, a Hatha Yoga practitioner, the “laughter club” evolved into a new form of yoga, one which integrated laughter and yogic breathing exercises: laughter yoga.

There is the belief that prolonged voluntary laughter provides the same physical and mental benefits as spontaneous laughter. Laughter yoga combines exercises with breathing techniques in order to train the body to laugh (and gain the associated benefits) without the need for jokes or humor. The idea is that participants will laugh without reason, even if this is forced or fake laughter, until the laughing becomes real.

How can it help your physical health?

Laughter improves the immune system, decreasing the risk of sickness. Laughter increases antibodies that protect the body against viruses, bacteria, and other risks of infection. It also provides the body with a beneficial cardio workout – just 10 minutes of laughter provides the same benefits as 30 minutes spent on a rowing machine! Laughter increases the blood’s circulation and supply to internal organs while reducing blood pressure.

In addition, laughter increases lung capacity and oxygen levels in the blood, easing asthma or bronchitis. Laughter has also been shown to reduce the symptoms of a number of other physical ailments, including allergies, arthritis, and even chronic illnesses such as cancer.

How can laughter yoga help your mental health?

Laughter increases the body’s production of endorphins and serotonin levels, which work to combat depression. The act of laughing has also been proven to reduce stress and tension. People who laugh tend to worry less than those who don’t. It has also had a positive effect on other mental health conditions, such as anxiety, panic attacks, and insomnia.

The benefits of social bonding via laughter yoga have also proven to have a positive impact on mental health. These human-to-human connections result in long-term improvements in feelings of inclusion and belonging. This can lead to increased confidence, self-esteem, and overall emotional resilience.

Some people may find laughter yoga uncomfortable or embarrassing at first. It might feel weird to make silly faces at people you’ve never met, or force laughter when you’re really not feeling happy or in a playful mood. But it’s likely that the other people around you also feel silly and uncomfortable. You are not alone! If you need a little test run before diving into a class with complete strangers, get together with one of your close friends and just start fake laughing. Your fake laughter will turn into real laughter, and you’ll soon be rolling around sideways, your cheeks hurting from cackling. You’ll wonder how you even got there just from a little fit of forced laughter. Give it a try and if you enjoy it, you might be ready for laughter yoga!

We offer a full calendar of classes and events here at Wonderland Healing Center, on the beautiful island of Koh Phangan, Thailand.